You are here:
ERECTILE DYSFUNCTION

Erectile Dysfunction is disease found in men in where one cannot able to attain or maintain penis erection during sexual intercourse. If the disease becomes worst a man can become impotent. The disease brings very stressful situation for men as they are not able to satisfy their partner during sexual intercourse. In erectile dysfunction the supply of blood in penis is blocked and it is tough or may impossible for a man to get penis erection. The disease can worst nightmare for any couple. Due to the disease it can be found many females across the world go for divorce, which is very embarrassing and depressing situation for any man. 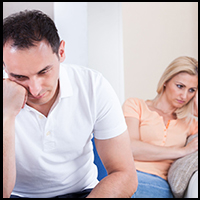 A few causes of impotence may be iatrogenic (medically caused). Variousantihypertensives (medications intended to control high blood pressure) and some drugs that modify central nervous system response may inhibit erection by denying blood supply or by altering nerve activity.[citation needed]

Surgical intervention for a number of different conditions may remove anatomical structures necessary to erection, damage nerves, or impair blood supply. Complete removal of the prostate gland or external beam radiotherapy of the gland are common causes of impotence; both are treatments for prostate cancer. Some studies have shown that male circumcision may result in an increased risk of impotence, while others have found no such effect,] and another found the opposite.

Excessive alcohol use has long been recognised as one cause of impotence, leading to the euphemism “brewer’s droop,” or “whiskey dick] Shakespeare made light of this phenomenon in Macbeth.

A study in 2002 found that ED can also be associated with bicycling. The number of hours on a bike and/or the pressure on the penis from the saddle of an upright bicycle is directly related to erectile dysfunction.[

Penile erection is managed by two different mechanisms. The first one is the reflex erection, which is achieved by directly touching the penile shaft. The second is the psychogenic erection, which is achieved by erotic or emotional stimuli. The former uses the peripheral nerves and the lower parts of the spinal cord, whereas the latter uses the limbic system of the brain. In both conditions, an intact neural system is required for a successful and complete erection. Stimulation of penile shaft by thenervous system leads to the secretion of nitric oxide (NO), which causes the relaxation of smooth muscles of corpora cavernosa (the main erectile tissue of penis), and subsequently penile erection. Additionally, adequate levels oftestosterone (produced by the testes) and an intact pituitary gland are required for the development of a healthy erectile system. As can be understood from the mechanisms of a normal erection, impotence may develop due to hormonal deficiency, disorders of the neural system, lack of adequate penile blood supply or psychological problems. Restriction of blood flow can arise from impairedendothelial function due to the usual causes associated with coronary artery disease, but can also be caused by prolonged exposure to bright light.